Back in March, Nintendo released a press release stating that they’ll unveil the successor of Nintendo DS in E3. And now it is officially revealed! Now we finally know the spec of the 3DS. 😀 First, the top screen will be larger and will be 3D-capable. The 3D effects can be viewed without wearing any special glasses. Good for portable 3D-gaming. But the touch screen is not a 3D screen. There is also a “Slide Pad”, which is similar to the analog stick for the PSP. The 3DS also have a 3D camera, which allow you to take 3D photo! The 3D-“ness” or depth can be controlled by a 3D Depth Slider. Currently no pricing and release date. But according to Nintendo, it should be released before the end of their fiscal year, which mean it should be released before 31 March 2011. I guess that the price should be less USD300, but this is not confirmed yet. Hope we’ll get more details by year end. Detailed spec after the jump.

Specification of the 3DS: 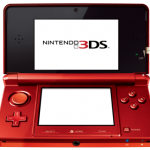 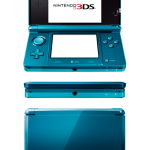 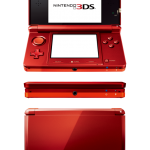 I'm just an IT guy working in the IT world. I love to explore new things and the web is the best way to explore!
View all posts by HMMaster →
This entry was posted in Gaming, Hardware and tagged 3d, 3ds, ds, dsi, E3, nintendo. Bookmark the permalink.